• Confirm or disprove the occurrence of certain non-indigenous carnivourous mammals within the natinoal park. Aniamls included were American mink and raccoon dog. Following this, we aimed to estimate the state of the populations within the national park including their possible negative impact on the park’s natural community.

• For these selected animals, when occurrence within the monitored area was confirmed, we then estimated the dietary spectrum of the animals through faeces analysis. From this, we were able to estimate their impact on the animal communities within the national park and in the case of species of European importance, assess their needs. 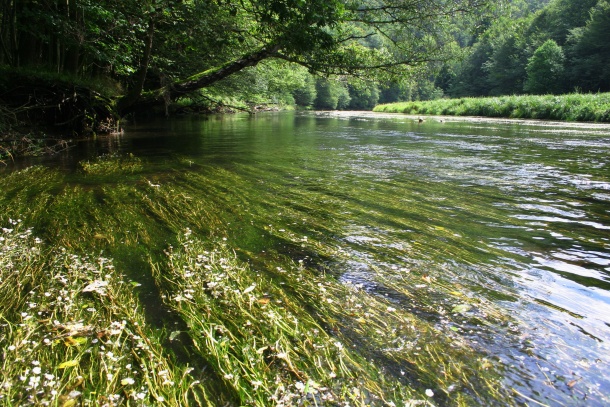 Podyjí National Park is the smallest national park in the Czech Republic - 63 km². It was founded in 1991 when it was renamed as a protected area. Podyjí National Park is situated between Znojmo and Vranov nad Dyjí and includes parts of the country border with neighbouring Austria. In 2000, the National Park Thayatal on the right bank of the Dyje/Thaya river was also declared, creating a unique bilateral territory of European significance.

The National Park represents an exceptionally well-preserved example of a river valley landscape in the uplands of Central Europe. The Dyje canyon creates a unique river phenomenon with numerous meanders, deeply cut valleys, side tributaries, various rock shapes, rocky seas and rocky walls. Other areas of river valleys like this in the Czech Republic have now been altered by the construction of dams, roads and recreational facilities. The area is distinguished by its high diversity of plant and animal communities due to the alternate exposure of the slopes in the Dyje Valley. The natural axis of the area is the Dyje River, which, on its 40km long path from Vranov to Znojmo, has created a canyon-like valley in the rocks of the Bohemian Massif, which can reach up to 220m.

The whole valley is almost continually covered with natural forests. In the western part we can find remnants of the original beech woods with firs and yew trees, which alternate in the eastern direction with oak-hornbeam stands. In addition to common forest species, we can also find rare and characteristic species for Podyjí. For example, mahaleb cherry, common dogwood, cotoneaster and juniper. In inverse positions, the Kangaroo, Alpine rose and Sycamore are growing. In the warmer southeastern part of the park, there is a viburnum tušalaj, a daphne, a yellow-oak, a rose-leaved and a Gallic rose. Only in the Podyjí there is an endemic population of the common crane.