The valley of the Vápovka river and its tributaries between Červený Hrádek, Jersice and Bílkov u Dačic is one of the most interesting and valuable parts of the region, in relation to it’s botanical and zoological importance, and sits northeast of Dačice, between Dačice and Telč. This area is the last where a large number of xerothermic communities have been preserved throughout the region, bound to the south, south-east and south-west slopes of the valley. Dry grasslands in the Vápovka valley are probably regionally unique with transitional vegetation types, which were apparently typical for the entire area of ​​the Moravian Dyje River basin. Unfortunately, changes in landscape management means that these areas are no longer managed properly and now are left to overgrow. The project is focussed on restoring appropriate management, using three main methods, at five selected locations.

In all cases, the areas selected were those which had been unmanaged for a long time, which therefore meant they were partly overgrown with an accumulation of self-seeding trees and a considerable layer of old grass. The first year of the project saw selective thinning of seedlings and grass mowing across all locations, followed by careful digging and removal of the accumulated biomass. Mowing was done in a mosaic fashion, with hand-guided mowers and brushcutters.

To maintain regular maintenance of the areas, extensive sheep grazing was implemented. Sheep grazing took place in wooden pens, which were installed across the locations within this project. This in turn helped ensure the sustainability of future interventions. Sites were divided into suitable segments according to the number of animals and the size of the grazed area. For logistical reasons, manual mowing was only introduced at Stráň near Bílkov and Stráň near Dolnojersický mlýn.

Monitoring the impact of measures

The project monitored the impact of these implemented measures on the most important animal groups and plant communities. Within the grant, a basic survey of the current / initial state of the localities, in terms of selected groups of organisms, was carried out. Post-project follow-up monitoring is also planned to evaluate the impact of measures taken and regular care for site biodiversity by comparing the results of individual surveys. There will be monitoring of plant communities and species, selected groups of invertebrates such as bioindication important groups of beetles, spiders and day butterflies and monitoring of birds. 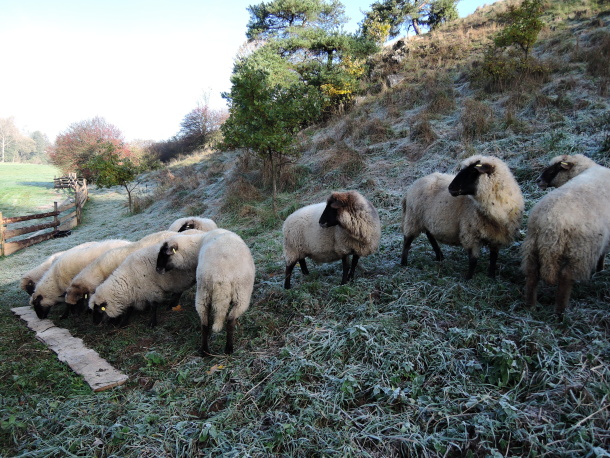 On the southeast edge of the village is a steep, southeast facing rocky slope, which is a typical example of the xerothermic vegetation of Dačice. Originally, it had been a completely bare, municipal pasture, which up to now was overgrown with various trees and shrubbery. However, a part of the valuable non-forest xerothermic vegetation of dry acidophilous lawns with a large population of critically endangered mullein species has been preserved. 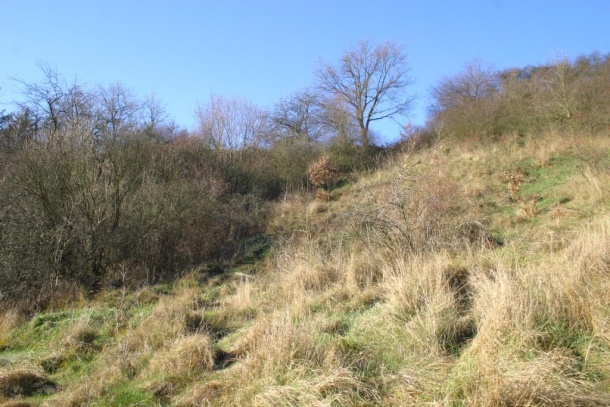 This area is located on a slightly south easterly oriented slope above the Vápovka valley, which is in the northwest of the region, in the direction of Jersice. There are species-rich and flowery lawns in the old orchard, which is sometimes overgrown with mesophilic shrubs and woody plants. Due to the fact that the lawns have been regularly mowed until recently, this hillside is one of the best preserved and most varied in the region. 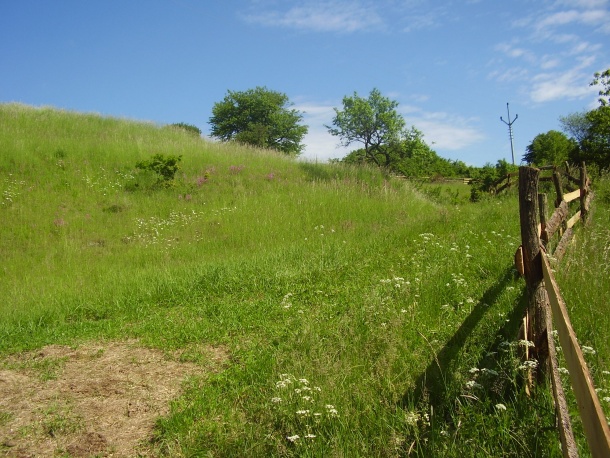 This area is an extensive, forest-free slope with places of small, rocky outcrops above the Vápovka floodplain, about 1km north of the village of Jersice. 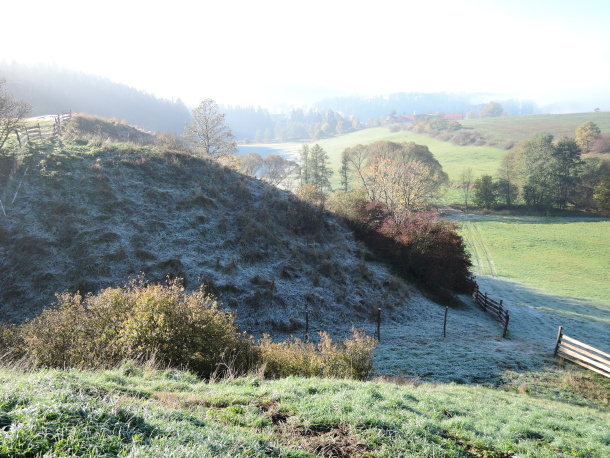 This area is a southerly oriented slope above the Vilímečský stream where it meets the Vápovka, south of the village of Červený Hrádek. Here there are species rich and flowery lawns, sometimes overgrown with mesophilic shrubs and expanding grasses. 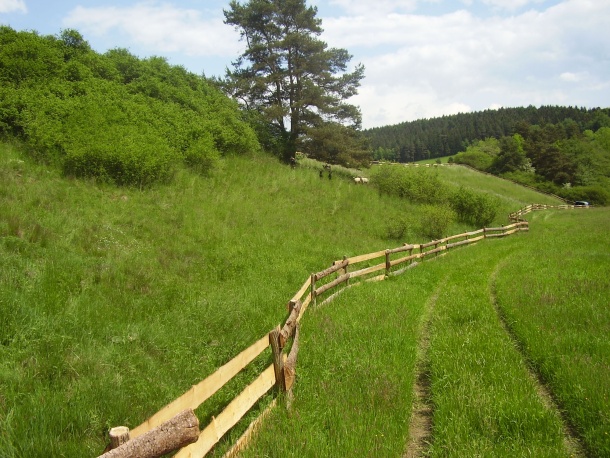 This area is formed by two opposite hillsides, either side of a closed valley above the nameless left-bank tributary of Vápovka, which is about 800m from Jersice. In some places, the lawns had been significantly affected by the strong growth of the bush. A rich population of critically endangered praying mantis was found in this area, the only population in the whole of the South Bohemian Region. Care of this locality, therefore, took place with regards to the ecological demands of this important thermophilic representative of our fauna.