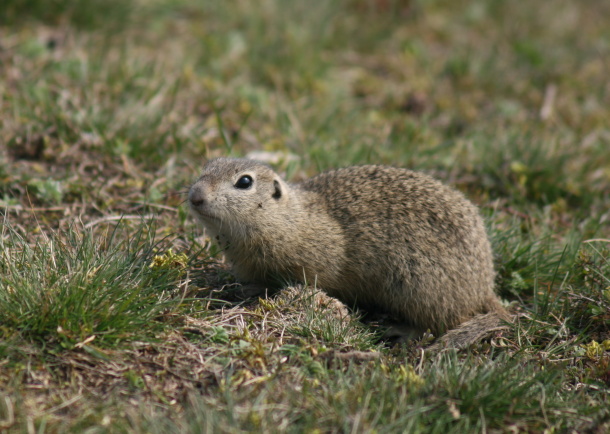 The European Ground Squirrel (Spermophilus citellus), otherwise known at the European souslik or simply Souslik, is an endangered species of rodent and is one of Europe’s rarest mammals.

Sousliks usually live on regularly mowed or grazed grassy areas where they dig extensive burrows. They use these burrows to hide from predators during the day, sleeping in at night but also for hibernating in during autumn and winter. Sousliks mainly eat plants and grasses found in the environment around them.

Until the 1960s, Sousliks were a common part of agricultural land not only in the Czech Republic, but in most of Central and South-Eastern Europe. Since then, however, its abundance has declined significantly and it’s now very rare. They are now categorised as critically endangered and it is forbidden to catch or kill sousliks.

WHERE CAN YOU FIND SOUSLIKS IN THE CZECH REPUBLIC?

Currently, Sousliks are found in the vineyards and orchards of these villages:

We have created a website, under our current project, specifically for information about the souslik and updates on our projects involving them. Further, more detailed, information can be found there. 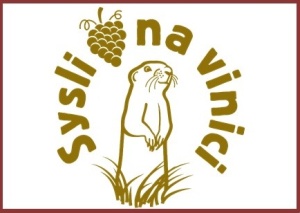 The site is intended for the general public and in addition to information about the status of the Souslik in the Czech Republic, you will also find out about the winemakers and orchard owners who help support them and about our trademarks: “Souslik friendly vineyard” and “Souslik friendly orchard”.

We are engaged in a long term project with Sousliks. You can find out more information on our projects page here.

An invasive mustelid from North America with a negative impact on our native species.

The Peregrine falcon is one of the few species that after previously declared extinct in the Czech Republic, has returned and is breeding here again.
ALKA Wildlife, o.p.s. © 2020