Looking for the edible dormouse 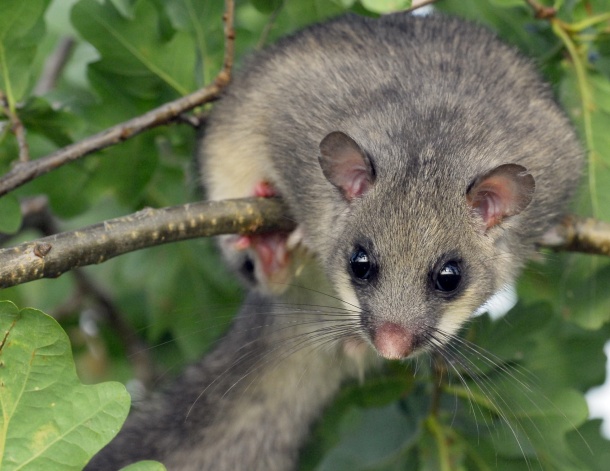 Looking for the edible dormouse

Last year and this year, the mapping of the Great Dormouse in the Czech Republic is being mapped. A number of data on the occurrence of this rare and endangered species come from the public. She can participate by sending her observations and photographs to experts from ALKA Wildlife and Palacky University in Olomouc. Dolls live in deciduous forests, they prefer beech and oak woods, but many of them also live in human dwellings - cottages, cottages, sheds, beehives - and people can meet them.

Dolls are known as small “night squirrels” with a bushy tail and big eyes that can be seen in a birdhouse, bee hive, garden house, or wake all around at a weekend cottage at night. Sometimes he gets annoyed by noise, sometimes by an overwhelmed electrical installation. But if you come across it at night in the woods, they will give you an amazing experience somewhere in the forest: they are running high in the trees, peeling the seeds of trees whose remains are falling down on you and whistling intensely.

“ Mostly, it is possible to meet a large or dormouse felt. In the Czech Republic, however, there are four species of dorms, in addition to the two mentioned are still very rare species today - garden and forest dorms. “Says the expert on these species, Peter Adamík of Palacky University in Olomouc. They are all small to medium-sized rodents with a hairy tail. Recognize go by the color of the fur coat. Hazelnut is rusty ocher, it looks like a tiny mouse, only the tail is hairy. The Dormouse is, as the name suggests, our greatest dormouse, and is completely gray. Garden and forest dorms also have a gray coat, but both have elegant black eyes across the eyes, recognizing they go apart according to the tail color.

The Dormouse is a nocturnal mammal who likes to rest in a hiding place during the day. He is an excellent climber and spends most of his nightlife in the trees. At the end of the summer she sleeps in the winter and wakes up in the spring. In an extreme case, it can sleep up to 11 and a half months a year! Not in vain, therefore, the dormouse is popularly called the “seven-spouse”. If they have enough food in the given year, they throw 6-7 pups, which they take care of during August and quickly gain weight. Before bedtime sleep, adults have about 200-250 grams, twice the weight they wake up in the spring. Just in the autumn, the snails can be fattened when it sometimes makes fun of the observer. Peter Adamík adds: “Already the ancient Romans knew about this autumn weight gain and liked to prepare meals from the dorms. They even enjoyed the benefits of hibernation and stored in cold cellars, in special clay jars, wintering felt. Thus they had fresh meat for several months. To this day, the tradition of hunting dorms lasts for example in Slovenia or Croatia, where common and abundant species are still present. “

Unfortunately, Dormouse belongs among endangered species of animals. The knowledge of this species is relatively few for its hidden way of life, and so it is described as a “species requiring special attention”, a species that needs protection, but information about it is insufficient. “ In fact, he does not know exactly where this species currently exists in the Czech Republic. And it also does not know what risks threaten this species and what could possibly be done for it to ensure its long-term existence in our forests. “Explains Kateřina Poledníková from ALKA Wildlife, ops, an organization that currently coordinates mapping of its occurrence.

Therefore, in the summer of 2015, the mapping of the occurrence of the Dormouse was launched. Experts in deciduous forests during night errands listened to its occurrence at pre-selected points. In the first year of the survey, 35% of the territory of the Czech Republic was checked; Nowadays, full of smartphones and handheld cameras, collecting data from the public seems to be another very effective method. “ Since last year, we have received 93 public records of the large dormouse and even one indication of the more precious dormouse from the public”Says Adam Adam. Preliminary results show that Great Dormouse is more abundant in Moravia than in Bohemia. It is possible to meet him both in Jeseníky and in the Drahanská vrchovina, Oderská and Hostýnské hills and in the White Carpathians. In the Znojmo region, the Podyjí National Park forms the enclave. So far, there are only scattered data from Bohemia and a more common occurrence was recorded only in the Ore Mountains and the Czech Central Mountains.

This year the mapping of the Great Dormouse in the Czech Republic continues. “ If somebody encounters dorms and wants to share their observations, or needs advice about what kind of thing he is, he can write us. Of course, photographs are the most valuable to us, because there is no doubt that the species of animal can be identified. But even reporting observations is important to us. In case of uncertainty, they will at least guide us to where to look for the dormouse,” adds Peter Adamík.

Observations or queries can be sent to: 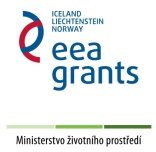