For some time now we have been watching the same tree stump in Prachatice, it’s extremely popular with lynx. They sniff it, rubbing against it and urinating over it. And this isn’t one or two occurrences, this happens over and over again. Known as a lynx marking place, it is possible all the adult animals which have passed through have left their mark in this area.

So, what is reason for this? By marking the area, lynx are able to tell other lynx, without seeing them, that this their territory or let each other know that they are moving in the area. This territorial behaviour is most commonly seen by male cats, who mark more frequently than females, in the hope that new youngsters who might compete with them will prefer to avoid their area. Quite often, these hopes are in vain as the young cats come all the same. Marking like this holds information not only about sex or dominance but also about the readiness of the female to mate and from January to March, the mating season, you might the females marking a lot more. 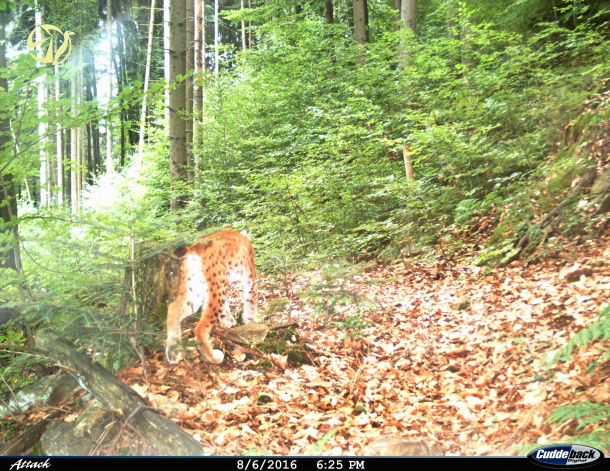 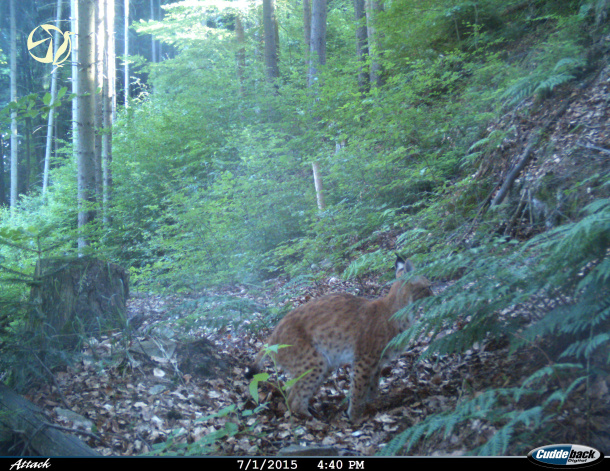 The project is in cooperation with Beleco z. s.