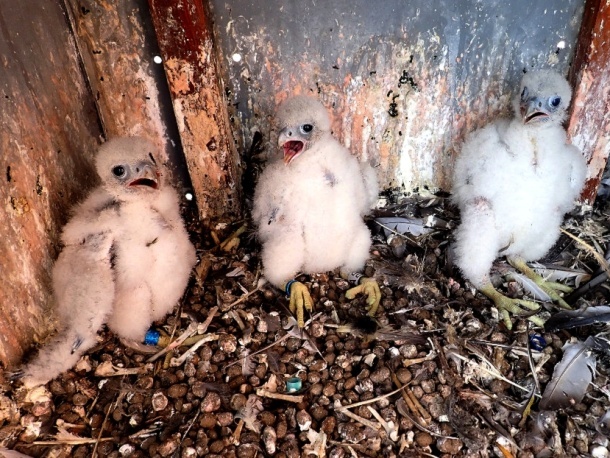 The first of this year’s falcon chicks have been ringed. We installed their home, a specialised falcon nest box, high up on the top of the Ledvice Power Station chimney, Czech Republic. Like last year, there are three. Ornithologist, Vaclav Beran, ringed these chicks on Friday, April 26th. Since he has also checked the other high-rise buildings of CEZ Group, he can now say with confidence that all the falcon booths in both North and Central Bohemia have their traditional inhabitants. In some places, some females a still sitting on their eggs, but in most places this years families are complete. We can only estimate what the final number of new chicks for 2019 is going to be.

Initially, Vaclav had only planned to install a new camera trap at the Ledvice Power Station, but it quickly transpired that this trip would include the immediate ringing of the falcon triplets, he had not expected the falcons would be so big already. Jiří Šinágl, Director of Ledvice Power Station and the Cogeneration cycle Počerady talks about the new chicks and what that means to the power station:

“We are pleased that our falcon couple are doing well. In 2017, the pair only had one chick, whom the power plant employees named Ledvík as part of voting on our intranet. He name is also officially recorded in the ringing register. Last year, however, we had triplets and this year is the same. It is understood that we fully adhere to the instructions of ornithologists and that now we will observe a period of tranquility for these new chicks. This means, during the entire nesting period, all activities associated with the ascent to the chimney or other high-rise buildings in its immediate vicinity are postponed unless the operation or safety and health of the employees are threatened,” 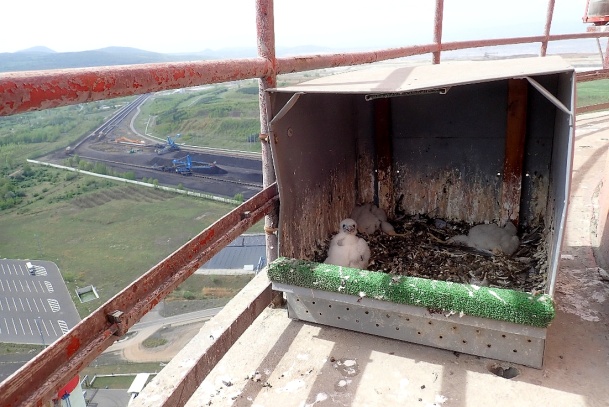 Image: The three healthy chicks, high up in their nest box at the Ledvice Power Station.

Václav Beran provides some background information on the falcon nest boxes across the Czech Republic:

“CEZ Group can be described as the largest nesting place of the Peregrine falcon in the Czech Republic which has pioneered the protection of the Peregrine falcon in industrial locations. Falcon nest boxes are located on chimneys and cooling towers at virtually all of the CEZ Group’s coal and nuclear power plants, as well as in the Trmice Heating Plant and the Energotrans premises in Třeboradice near Prague. In most of them pairs of Peregrine falcons, a critically endangered predator, are already regularly feeding their young. Since 2011, when the very first aluminium falcon nest box in the Czech Republic was placed on the tower of the cooling tower at the Tušimice Power Station, 66 “power plant” falcons have been born in these boxes. Last year alone, there were 10 in the Czech Republic and another 4 in Central Bohemia.”

This year, for the first time, a Moravian pair at the Dětmarovice Power Station are trying to nest. Václav Beran explains their the history of this pair and concludes:

“We know that this pair moved to the North Moravian power plant by the remnants of pigeons found among the manufacturing technology, though we never saw them. Despite this, we installed two nest boxes in 2016 and this year they finally found their way to one of them. There are only a few power plants left to install nest boxes; the Temelín and Dukovany nuclear power plants and the Poříčí power plant in East Bohemia. Once installed, the CEZ Group will be contributing, as much as they can, to the protection of the endangered Peregrine falcon across the whole of the country. They also support the installation of nest boxes designed for kestrels, and whilst they are not currently classed as an endangered species, they are slowly disappearing from the Czech landscape.” 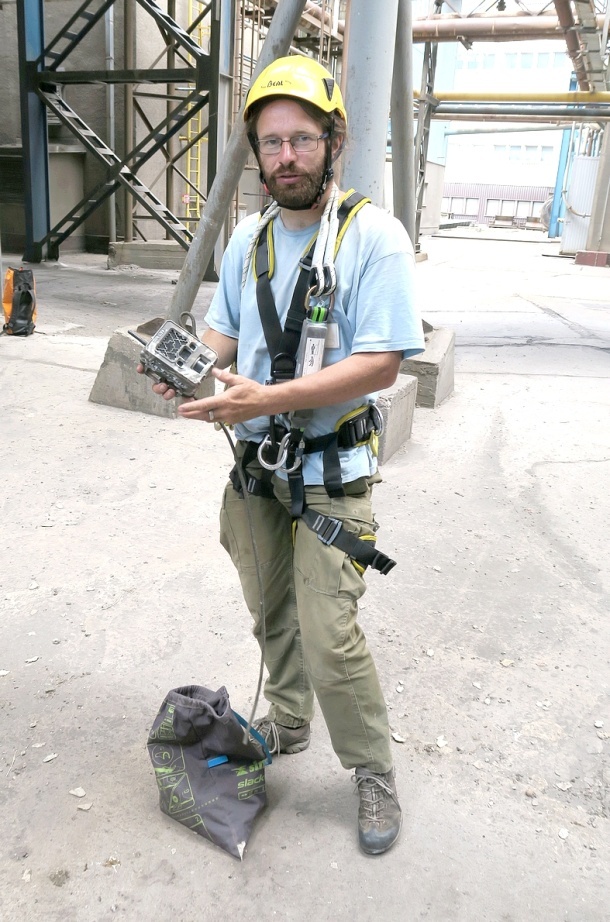 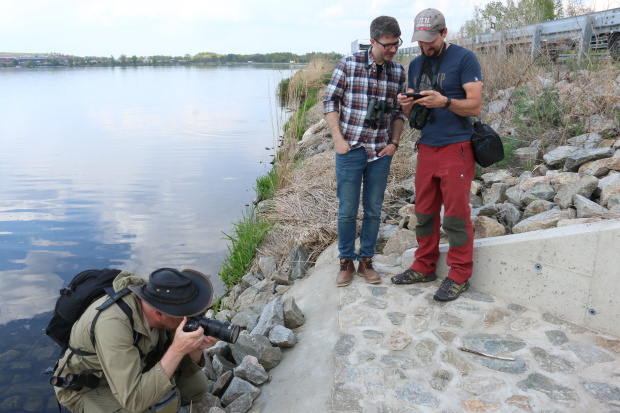