ALKA Wildlife > News > Our lynx Jan is a great traveller

Our lynx Jan is a great traveller 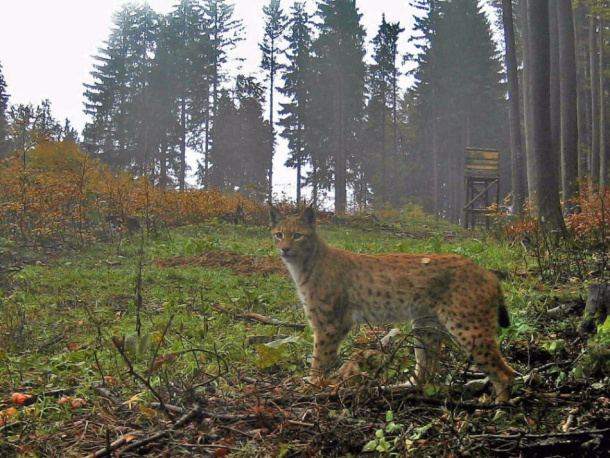 The lynx Jan was born in the spring of 2014 in the eastern part of the Bavarian Forest National Park, one of two lynx born to Silvy. He and his family spent the first year of his live together but after that, the two young split off to find new territory. In Autumn 2015 he was recorded in Austria near Freistadt, but seems as though he did not like it very much as he was later spotted further east. In January 2016, he moved to the Novohradské Mountains. He spent a mating period with Spark, another lynx known to us, and we now believe he is probably father to her new kittens.

Recently, however, hunters from Český Krumlov captured him via camera trap in the Blanský forest (see the photo in the introduction).

The situation in the Novohradské Mountains however still remains interesting. After Jan left, the remaining lynx are Ludek and Spark, who are brother and sister, and Spark’s two kittens from (we still suspect) Jan. It is typical for 2-3 lynx to live in one area so we will continue monitoring to find out what the future has in store for our lynx. 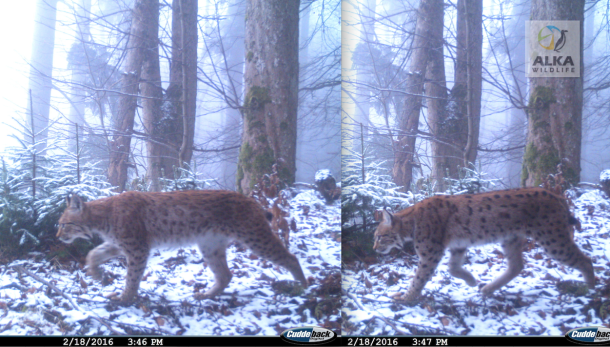 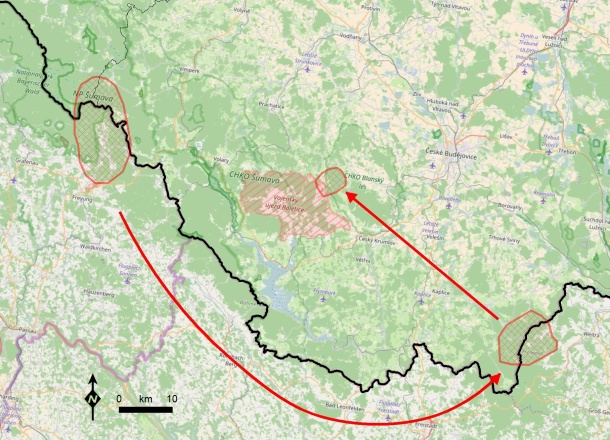