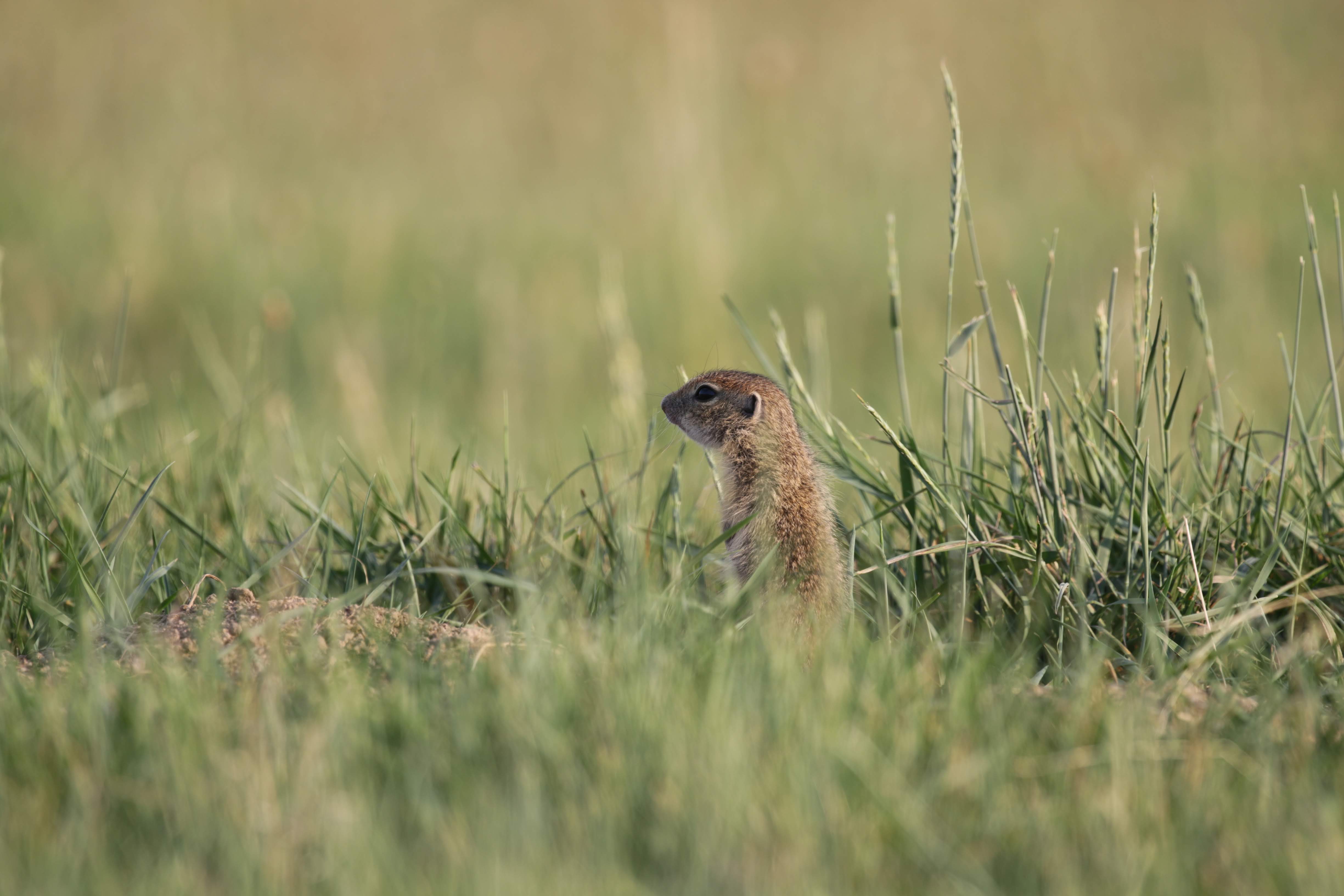 **Lidéřovice 8.11.2018 – Another vineyard in Moravia proudly supports the sousliks and has been awarded the ‘Souslik friendly vineyard’ trademark. Miroslav, in South Moravia has successfully supported a population of sousliks in their local airport since 2008, where the starting population was only 10 individuals! Now, due to good conditions, the population has grown and there are more than 650 sousliks living across the airport area. In the surrounding areas of the airport, there are grassy vineyards, which are ideal for the souslik. **

The winemakers, Miroslav Agrodružstvo, who produce under the brand WINE PERK, are now creating souslik friendly conditions in their vineyards and orchards areas surrounding Miroslav and the airport, to encourage sousliks to spread to them. In 2018, Alka Wildlife was contacted by the team from WINE PERK as they suspected that some sousliks were now living in their vineyards. Subsequently, after confirmation of souslik presence, they adapted their cultivation methods and have won the golden mark ‘Souslik friendly vineyard’ for their wines from 2018.

“This spring, two sousliks appeared in a small apricot tree plot among the vineyards. As part of monitoring, we have begun to explore the surroundings of the airport, adjacent WINE PERK vineyards and vineyards in the U Vinohrady line, which are approximately 1 km from the airport. Many sousliks have been discovered across several places in new vineyards.” Katerina Poledníková, ALKA Wildlife, co-ordinator of the ‘Souslik friendly vineyard’ project, describing this year’s good news.

“Our employees are aware of what they live in when they work in the vineyard. So, we searched for the sousliks who appeared in the vineyards. We contacted Mrs. Polednikova and went to the vineyards together, and we would like to join in the protection of sousliks.” Veronika Pakostová from WINE PERK adds.

“The presence of sousliks was confirmed in Miroslav Agrodružstvo in 2018. Also, the vineyards are grassy, and they do not use rodenticides. Therefore, we have awarded them with, for wine from 2018, the golden mark ‘Souslik friendly vineyard’.” Katerina Poledníková, ALKA Wildlife, confirming the award of the ‘Souslik friendly vineyard’ trademark to Miroslav Agrodružstvo’s 2018 wine.

The trademark ‘Souslik friendly vineyard’ has a two-year tradition. It appreciates winemakers who create the appropriate conditions for the critically endangered sousliks in their vineyards. Sousliks thrive in short-cut grass. Throughout the second half of the 20th century, the intensification of agricultural practices occured and the landscape started to change. Previous areas of clear land and small fields, field roads, and pastures all disappeared from our landscape and unfortunately, this meant the sousliks did too. Fortunately, in some South Moravian villages, a functional agricultural landscape has been created/maintained? and with it, a small mosaic of diverse fields, vineyards and orchards has been preserved. It is in these areas where the last of the sousliks now live.

“The ‘Souslik friendly vineyard’ trademark is a great idea. Helping with nature conservation and tasting Moravian wine, it is a surprising combination of pleasant and useful. It is said that it is true in the wine, so I add that there is “help” in it,” remarks Environment Minister Richard Brabec.

“I’m very happy with the support from the Miroslav Agrodružstvo vineyards. Their method of operation has allowed the movement of sousliks from Miroslav airport to the surrounding areas, which is vital for the survival of the species. Whilst the main population at the airport is very important, it is essential to expand this area for the long-term survival of the sousliks. The involvement of wineries in landscape management is absolutely crucial for Miroslav’s sousliks,” concluded Kateřina Poledníková.

The wine produced in Miroslav Agrodružstvo for Wine Perk can be bought either by ordering through their website www.perk.cz, directly in Agrodružstvo or in Meadow Box store in Brno where they sell both meat and wine. By buying their wine, you can support winemakers who create and maintain a good environment for the critically endangered sousliks.

If you are interested in tasting wine from other winemakers who have been awarded the ‘Souslik friendly vineyard’ trademark, you can head on over to the following villages where tasting events are planned: 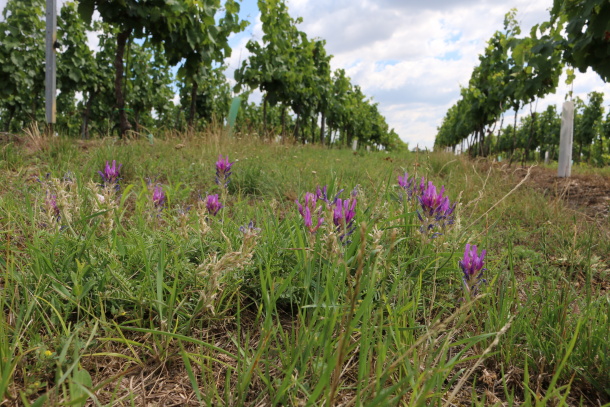 The ‘Souslik friendly vineyard’ trademark was created two years ago, thanks to inspiration from Austria. The trademark stamp is awarded only to the wine produced in vineyards which had sousliks presence in their area within the given year and they must create and maintain an appropriate environment for the sousliks such as maintaining grass and not using rodenticides. You will know a ‘_Souslik friendly vineyard’ _wine by small golden logo of a souslik on the bottle. In two years of existence, the stamp has been awarded to 21 wineries in Velké Pavlovice, Hnanice in Znojmo and now also in Miroslav. The project is implemented by Alka Wildlife and is funded by the European Union from the ERDF Fund, the EEA Funds and the Ministry of the Environment. It is supported by the Ministry of the Environment, but does not have to express opinions of the Ministry of the Environment. More information is available at our website: www.syslinavinici.cz.

Souslik protection in the Czech Republic

The souslik is a ground squirrel, part of the rodent family. It was a previously widespread species, so common that it was considered a pest (not harmful to vineyards or orchards!), but now this is not the case. Sousliks are particularly vulnerable to change and in the Czech and Moravian landscape after World War II lots of change occurred. Land consolidation, intensification of farming and, on the contrary, abandonment of machine-inaccessible land such as boundaries, smaller meadows and pastures meant sousliks disappeared from most areas of the Czech Republic, limiting it to localities with regularly maintained lawns. At present, there are a total of about 6500 sousliks in the Czech Republic, which are found in approximately 35 isolated small localities, mainly airports, golf courses and camps but in South Moravia it is also found in vineyards and orchards of six municipalities. Sousliks are now classified as a critically endangered species and a Rescue Program has been created for it.