ALKA Wildlife > News > The greatest traveler of 2018 is Daniel

The greatest traveler of 2018 is Daniel 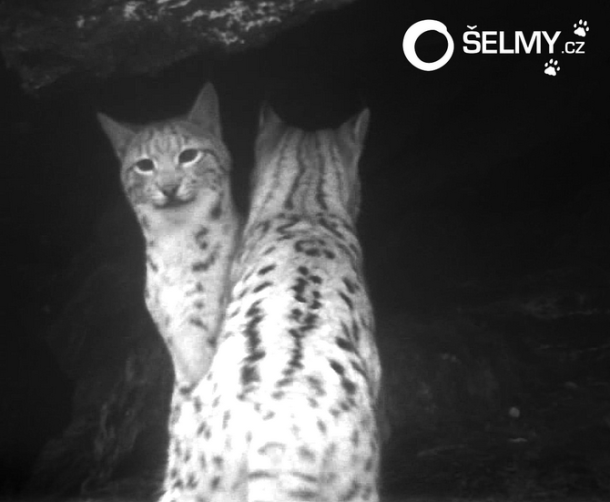 The Greatest Traveler of 2018: Daniel the Lynx travels up to 130 kilometres on his trips.

Prague, June 10, 2019 - For International Lynx Day on June 11, many different Czech organisations prepared events to get the public better acquainted with intimate insights into the lives of lynx.

The largest Czech population of lynx is the Šumava Forest and its extensive surroundings. The area extends from the Slavkov Forest through Brdy to the Novohradské Mountains and continues to Linz, Austria and Nuremberg, Bavaria. Thanks to international cooperation, intensive mapping and camera trap monitoring has allowed us to not only to determine the minimum number of individuals within the local area, but also has also revealed the relatively secret life stories of individual animals and also entire families. Mapping is shared by conservationists and foresters and hunters. These groups are able to identify individuals due to their specific coat patterns which has allowed long-term observation projects to reveal their life stories.

However, in the border areas of Czech-Bavaria-Austria, this type of lynx monitoring, which in other projects has been used for a long time, has only been used since 2017. Yet, it allows us to look at lynx like paparazzi! We often know where the individual has been, with whom they have had cubs with, who their parents were, and even who has completely disappeared and is maybe even dead.

After processing hundreds of lynx photos, the title of “Record Migration 2018” is awarded to our lynx, Daniel. Daniel was born in May 2017 to Iris, in Železnorudsko. In March 2018, he went to the Planický Ridge, where he spent spring and summer, but in October he turned up in front of the lens of the camera trap on the right bank of Lipna. As the crow flies, this expedition was more than 130 km! Not even Fabián, who was born in May 2017 near Kašperské Hory, did as much - in November 2018 he made a trip to Brdy to back in Šumava in December. For the title “Luckiest lynx 2018” goes to Amalka. In December 2018, an Austrian driver reported observing an injured lynx on a busy road in Vyšší Brod. Thanks to the prompt response of the driver, experts received photo documentation and the case details. Although she had left the road before the experts could get there, in the following period she wasn’tcaptured by any camera trap in the neighbouring areas. It wasn’t until March 2019 that she turned up, lively and healthy in front of the lens again.

“You can learn more about the life of lynx in tomorrow’s International Lynx Day during events such as webinar with photographer Ondřej Prosický, A Lynx lecture, Beasts and Predators in Czech Nature in Prague’s Langhans Center, or a full-day event for children in the House of Nature, in the Cesky Les.”

Anežka Pavlíková, from the Ministry of the Environment.

Lynx mapping and monitoring takes place within the 3Lynx project, which is funded by Interreg Central Europe. Simona Poláková, 3Lynx main coordinator from the Ministry of the Environment explains:

“Most of the lynx move between the Czech Republic, Bavaria and Austria regardless of borders so in 2018, the three countries signed an agreement regarding long-term cooperation in monitoring these carnivores. The results of the regular monitoring of the lynx in the entire population range will enable the project partners to reliably evaluate the status of the lynx and take the necessary steps to protect it.”

You can find more information abut the 3Lynx project here.

Check out the video created for International Lynx day here.