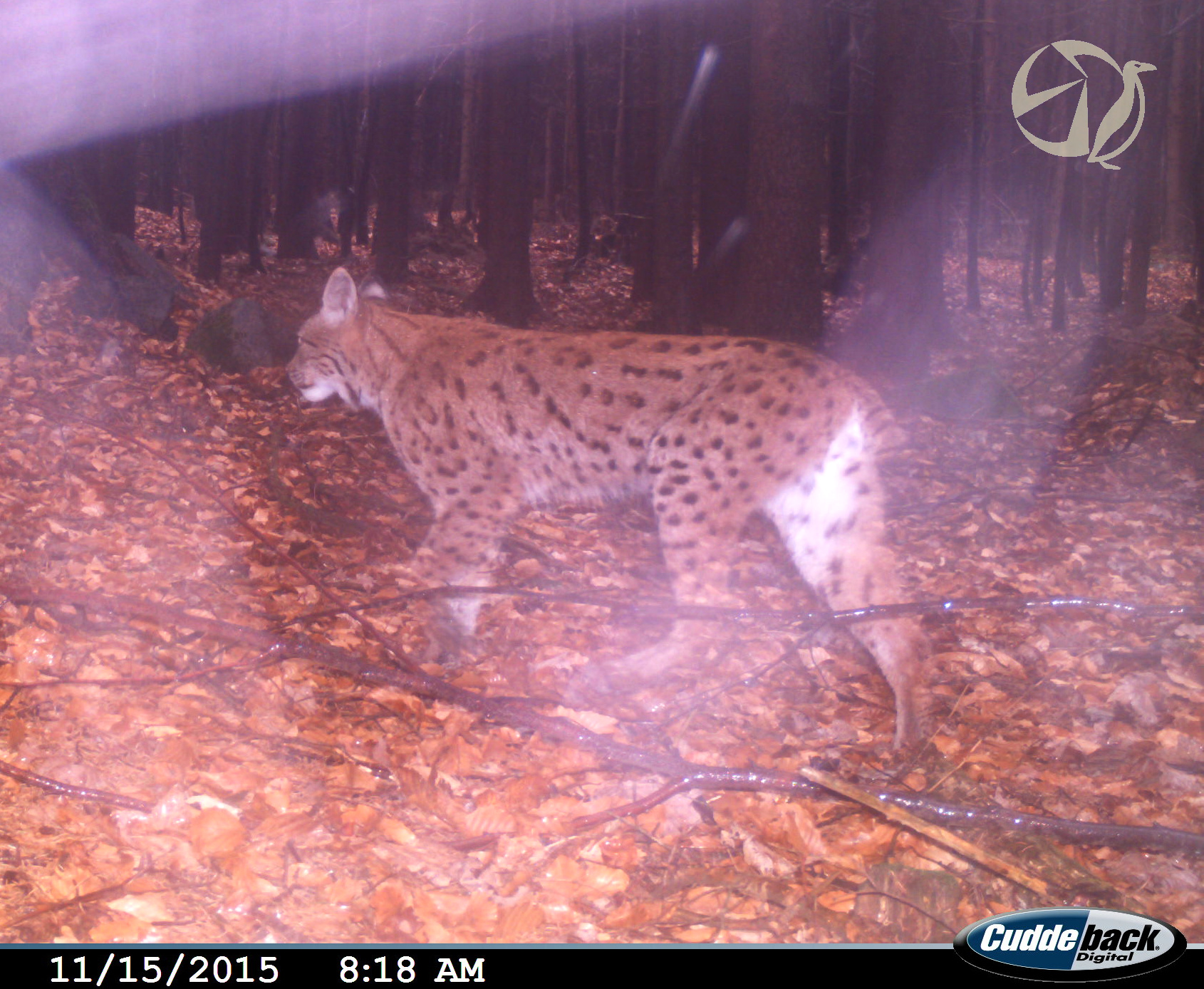 Back in November 2013, Joachim a six month old kitten from Fraiwald on the Austrian side of the Novohradské Mountains was photographed with his mother and sibling eating freshly caught deer. At that time, Joachim was so large that we thought that he must be the mother. Through further monitoring, we soon worked out that Joachim was actually a nice young male, as he soon left his mother’s territory to find his own.

Since Autumn 2015, Joachim found his new home in the areas of Czech Vyšší Brod and Austrian Sternwald. He is a true cross-border lynx and regularly moves in the Czech Republic and Austria, ignoring the country border in an utterly, ostentatious fashion. 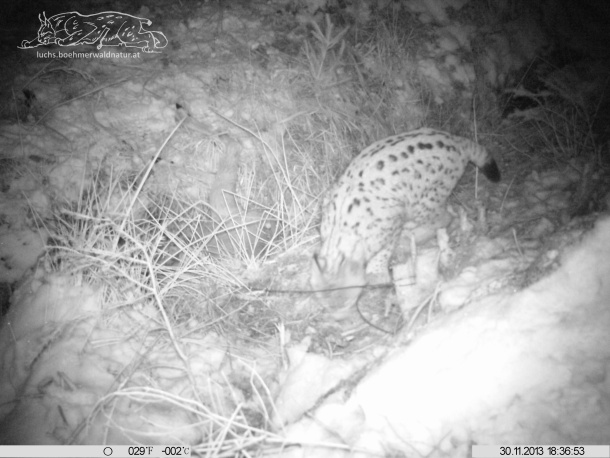 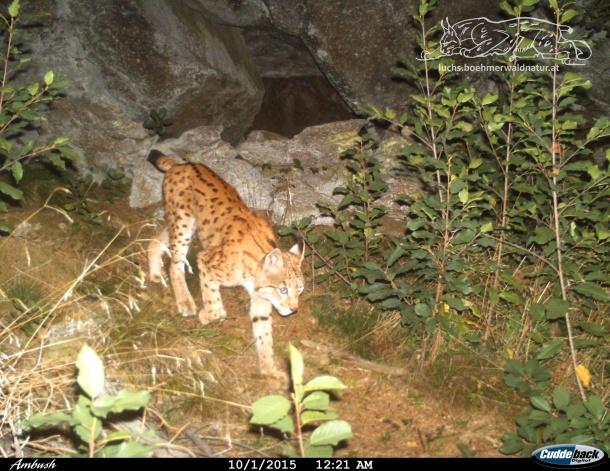 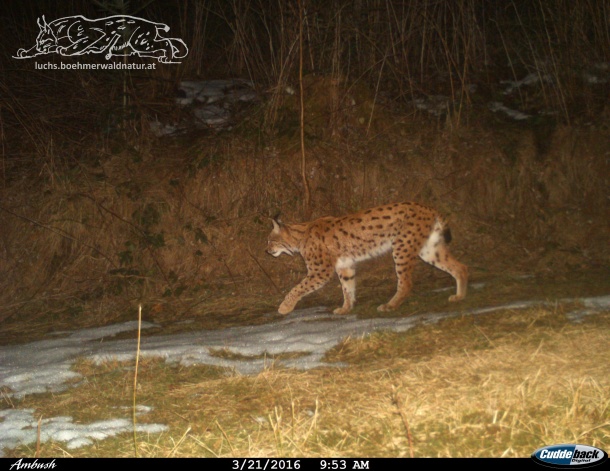 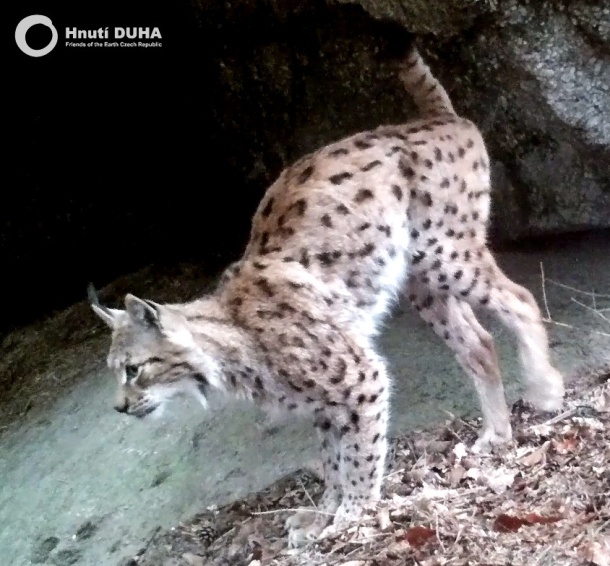 The project is being carried out in cooperation with Beleco z.s.