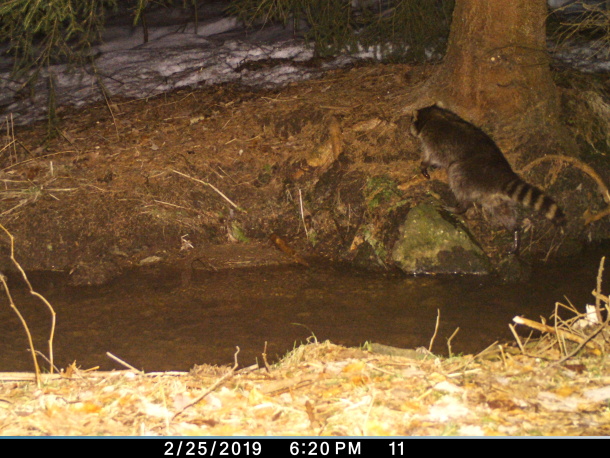 Whilst monitoring otters across the rivers of the Ore Mountains, we came across another animal who also lives here. Unlike the otter, a native species, our cameras captured a Northern raccoon - an invasive species.

The Northern raccoon comes from North America and was introduced to Europe due to an increased demand for fur products. After animals either escaped or were released from these fur farms, the raccoon established itself in Europe. Their population in Germany reached one million recently and is still growing. Raccoon has already become a common species in West Bohemia in the Karlovy Vary region and Doupov Mountains and its population is quickly spreading into other parts of Czechia. 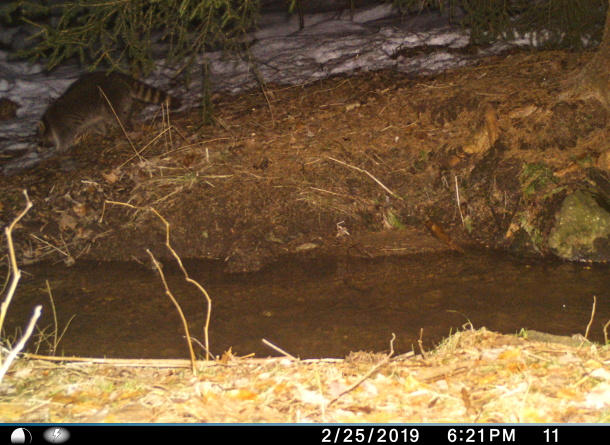 Over the last five years, reports from the Ústí nad Labem region suggest the raccoon has spread eastwards to the Ore Mountains and the Elbe river and our research confirms these findings. The tracks pictured were found in March in the Upper Lužka River and our camera traps installed on the bank of the Bílina River provided us with the first photographic record. So why is the raccoon considered as such a trouble? The Northern raccoon is a typical omnivore - it eats everything it can catch. They have an awesome skill; the ability to open things with their front legs. They use this skill when living in urban areas where, despite efforts to prevent them, they are able to open rubbish bins and feed on human waste inside. For the raccoon, it is easy to adapt to life with humans, but this unfortunately increases the risk of disease transmission. In Germany, for example, raccoon roundworm (Baylisascaris procyonis) is now considered a health risk due to increased proximity and human interaction.

Whilst the raccoon poses a threat to humans, the main problem is its interaction with our other native species. It preys on colonies of ground nesting birds yet is also capable of climbing tress. Not only is it therefore a threat to all animals nesting in trees, cavities and even nest boxes but it also poses a threat to other species such amphibians and the rare Aesculapian snake. And that is only a beginning.

The northern raccoon’s track has five toes, similar to that of humans. 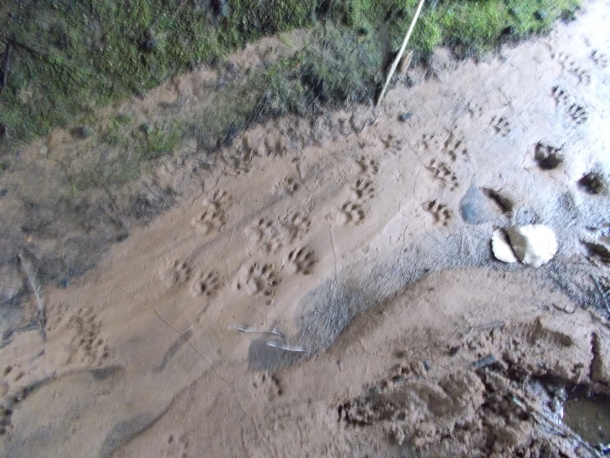 Monitoring in the Ore Mountains takes place as part of the Lutra lutra project. You can find out more information here.